Gujarat Gram Panchayat Result 2021: over 8,600 gram panchayats in Gujarat to go to Result on December 21, Around 1.82 crore voters are expected to cast their votes through ballot papers across around 23,100 polling booths, and the results will be announced on December 21. The elections include general elections, mid-term elections, and by-elections. 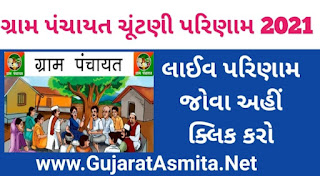