Holi 2022 Date | Photo Frame | Wishes | Greeting | Status : When is Holi 2022? Date, Puja Timings, History and Significance of the Festival of Colours. Holi is celebrated in the Hindu calendar month of Phalgun, which usually falls in February-March

This year Holi will be observed on March 18, 2022. The festival is celebrated with great zeal and pomp across India. Holi is one of the biggest festivals on the Hindu calendar. Holi is also known as the festival of colours. 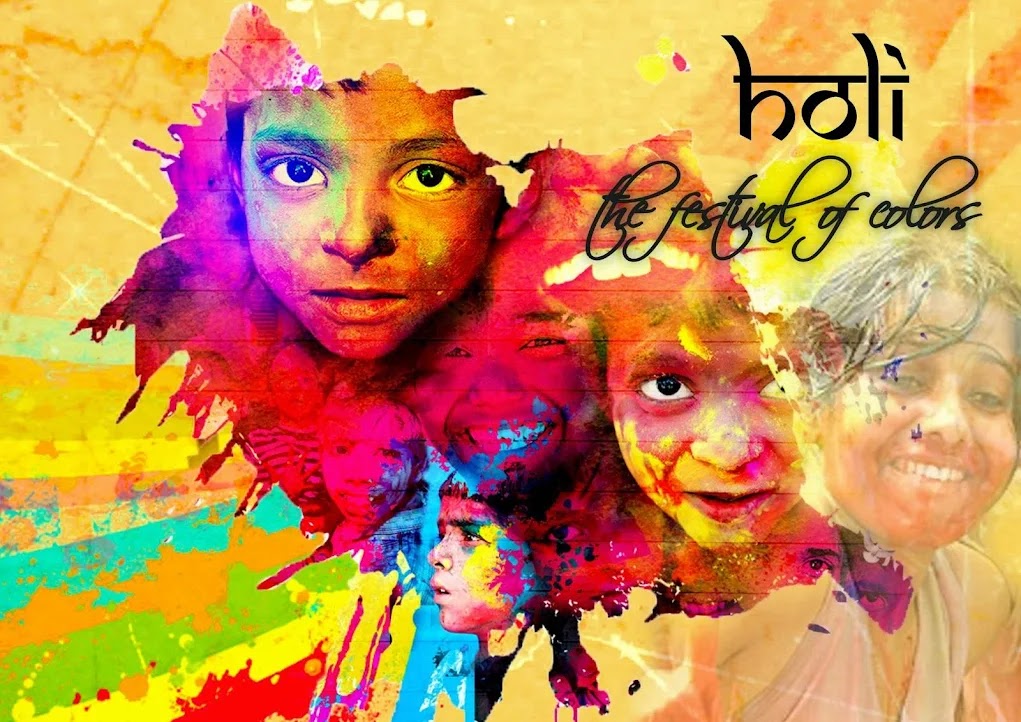 Holi is one of the most anticipated Indian festivals, and it’s celebrated as the winter season recedes and spring begins in the sub-continent. Primarily, Holi is a festival of colours when children and adults smear gulal on each other and seek the blessings of their elders. It’s a two-day festival. A day before playing with colours and relishing delicious food, people mark Holika Dahan. On this day, people light the symbolic bonfire, which is said to kill all evil around them. 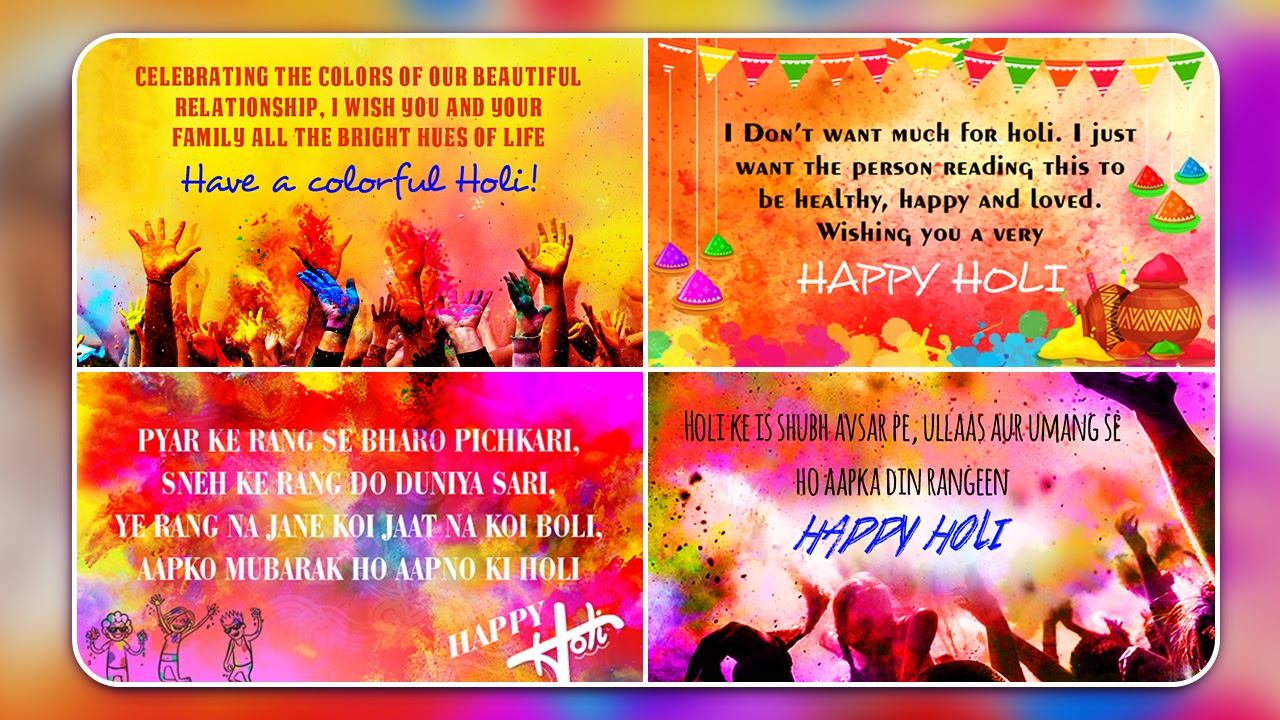 According to the legend of Holi, Holika Dahan is considered inauspicious during the Bhadra period. On the other hand, it is also believed that Holika Dahan should be done only on the full moon date of Phalguna month. 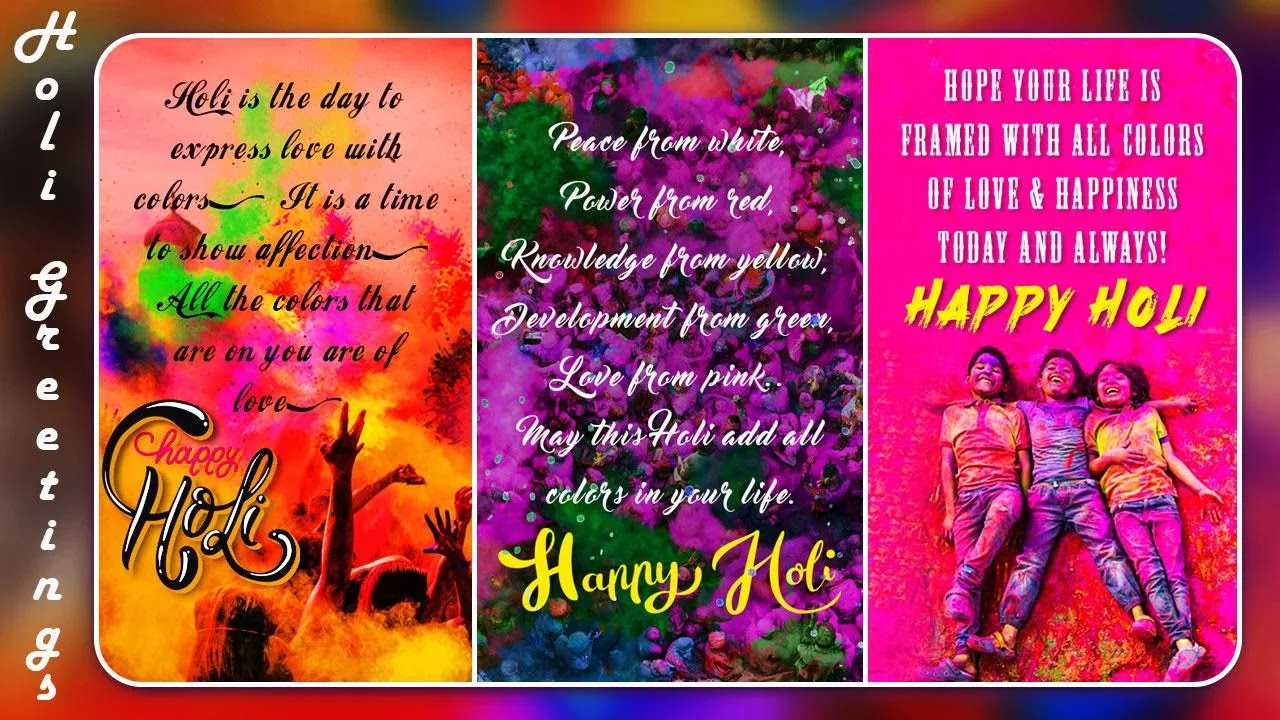 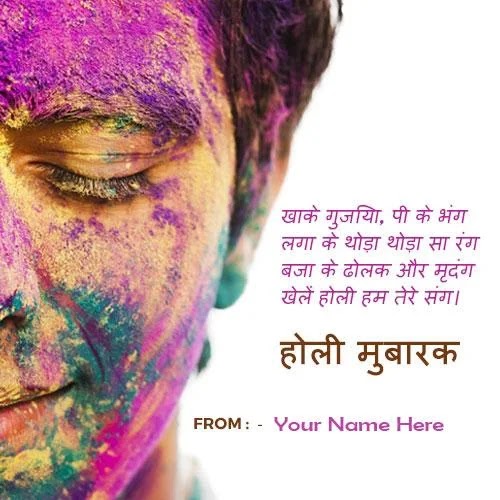 Hiranyakashipu desired that people worship him, but his own son, Prahlad, preferred to worship Lord Vishnu. So, an offended Hiranyakashipu decided to punish his son. He asked his sister Holika, who was immune to fire, to sit with Prahlad in the fire. When she did, the flames killed Holika but left Prahlad unharmed. Lord Vishnu then assumed the form of Narasimha and killed Hiranyakashipu. Holika Dahan is the name given to this Holika occurrence. 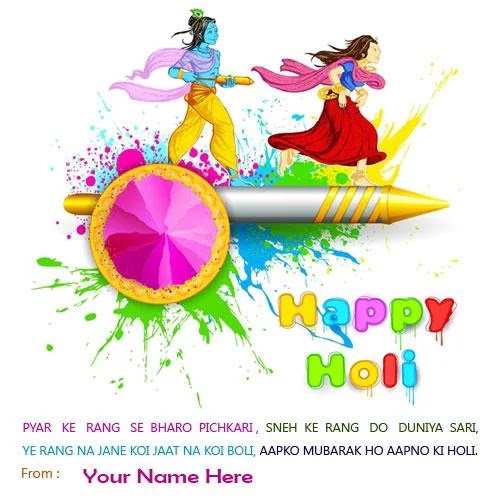 Holi is also a celebration of the divine love between Lord Krishna and Radha. So, an elaborate Holi is played in Mathura and Vrindavan.
Holi Photo Frame | Holi Wishes
Holi Photo Frame is the best holi photo editor 2022 which includes the holi colour photo frames & happy holi photo frame 2022 to send holi wishes to the beloved ones & celebrate this colorful holi landscape & portrait frames.